Trending
Scottish Football news from NewsNow
You are at:Home»SPFL»Premiership»Celtic»LENNON THANKS FANS FOR ‘MAGNIFICENT SUPPORT’
By Editor on May 5, 2019 Celtic

NEIL LENNON broke off from celebrating Celtic’s eighth successive title to thank the Hoops fans for their marvellous support.

The caretaker boss guided his players over the line in their 3-0 triumph over Aberdeen at Pittodrie yesterday with goals from Mikael Lustig, Jozo Simunovic and Odsonne Edouard.

Lennon, who returned to the club in February following the sharp exit of Brendan Rodgers for Leicester City, went out of his way to applaud the Parkhead followers.

The Irishman, speaking to Celtic TV, said: “This is to the Celtic faithful, thank you for your magnificent support again. It’s our eighth title in a row and it’s as much for you as it is for the players.

“We’re so proud today and thank you for your support all season. I know it’s been a little bit of a rollercoaster for all the fans, but you’ve been magnificent and the players have responded to your magnificent support.

“We’ve got a Cup Final to look forward to, I hope to see you all there. But for today, I hope you enjoy the moment and be really proud to be a Celtic fan.” 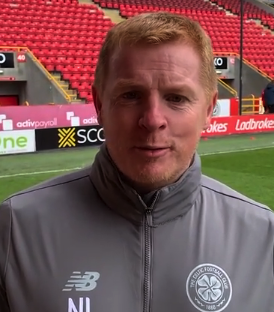 Lennon will now take the team across Glasgow a week today for another showdown with Steven Gerrard’s Rangers side.

And the interim gaffer made a surprise revelation when he said Ibrox is one of his favourite Scottish grounds and he is looking forward to returning to the venue as Celtic boss for the first time in seven years.

He realises he will receive a hostile reception from the home fans, but insisted he will NOT be fazed at the prospect as he prepares for his second Glasgow derby since his return.

The Hoops gaffer won the first meeting in March when goals from Odsonne Edouard and James Forrest made sure of three crucial points in a 2-1 triumph and now he pits his wits against the Liverpool legend again.

Lennon, speaking to the Evening Times, admitted: “It’s definitely different going there with Celtic than Hibs.

“It will also be strange not having that support at the back of the goal. 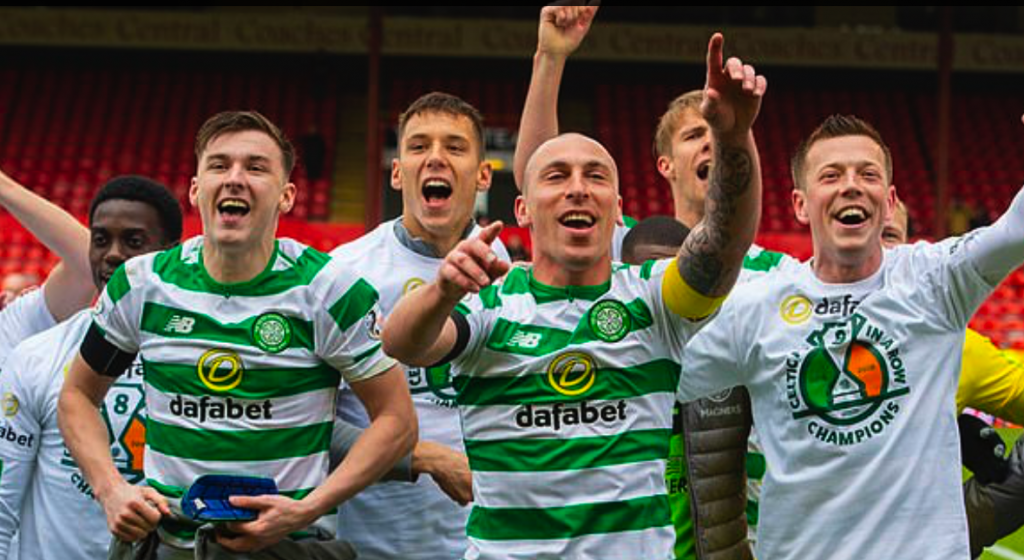 “It’s always a great occasion there. I like Ibrox as a stadium, believe it or not, and I enjoy going there. I look forward to it.

“I think it’s a nice stadium. I like that old-fashioned sort of traditional build. The pitch is always excellent while there’s obviously always a cracking atmosphere. It tests you.

Lennon had a great track record at Ibrox as boss of the Easter Road outfit – he led the team to two wins there last season and drew earlier this term.

He added: “We did well there with Hibs, played very well. But I think Rangers are improving. You’ve got to get the mind-set right and make sure you start the game well.

“I’m not going to comment on Steven’s season until maybe the end of the season. They’re doing quite well, though.

“But Celtic’s a different animal to Hibs. I think we’ve got some great players in the squad who play the big occasions very well. So, I’m looking forward to that.”