Trending
Scottish Football news from NewsNow
You are at:Home»SPFL»Premiership»Celtic»‘STOP MESSING WITH MOUSSA,’ RODGERS
By Editor on January 10, 2018 Celtic

BRENDAN RODGERS believes all the recent transfer speculation could be messing with Moussa Dembele’s mind.

The Celtic boss admitted the constant rumours concerning the French Under-21 international striker may have an adverse effect on the player.

Dembele is a wanted man with Brighton, West Ham and Everton among the clubs who have been linked with a January move for his goalscoring services.

Rodgers revealed there has been no follow-up to the tales stating last season’s 32-goal man is on his way out at Parkhead. There has been around six Premier League clubs linked with Dembele since his arrival at Celtic – West Ham, Everton, Chelsea, Manchester United and Tottenham have all been the subject of speculation and Brighton is the latest.

Yet read about Virgil van Dyk’s move to Liverpool on footyaccumulators.com and you’ll see that the player only reached where he wants to go via a move from Celtic to Southampton.

Rodgers believes that players like Dembele should not be in any rush to leave Celtic for a lesser team just so that they can play in England. Van Dijk’s dream move may have come sooner had he stayed at Celtic a season longer seems to be the logic that the Celtic boss is expressing.

Regardless Rodgers is adamant that despite the rumours and plenty of enquiries about the young striker, not one single club has made a bid. He said: “My mind is that he’s a Celtic player and we have not had one bid.

“I don’t want to keep going on about it because I think it can affect players, especially young players.

“There has been a lot of noise around Moussa for 18 months now.

“He’s been linked with about 16 clubs, but the bottom line is you have to play football. Always be ready to play and then, if a move comes, it comes.

“I don’t want to go into speaking about speculation because it has been non-stop and I think it could hinder development of a player, not just Moussa.

“It can be very unhelpful for a young player.

“If you are an experienced player, you get used to it. But if you’ve been linked with so many clubs over a period of time, big clubs, less clubs, foreign clubs, British clubs, then it surely can be unsettling.

“It’s not something that ends up being good for a player.

“Obviously, there’s been enquiries around him, but not one bid and Moussa is at a stage in his career where he needs to keep proving himself that he can play for Celtic.

“Then whatever comes from that will come. I have had a few private conversations and I give the reality about what the situation is.

“It’s something that all takes its course. All you have to concentrate on as a player is playing, training and working as hard as you can. “If you are a goalscorer, create and score goals and then see where it takes you.

“He’s very relaxed in his manner and how he is. He doesn’t give away much.

“He always had a plan when he came here. He wanted to play for a big club, show he could cope with pressure, develop as a player, become a winner and see where that takes him.

“I’m quite relaxed on it. I think because of who we are and how we play, it is going to attract attention and that attention will ultimately lead to interest in players. “You never want to lose your best players, of course.

“But, like I’ve always said, if any player goes, it will be for the market value. That’s where we see it.

“If you are a young French international and are progressing like he is then there’s going to be a level of interest.

“What’s important for him is to concentrate on what you can control which is the football.”

Paul John Dykes and Kevin Graham are joined by Celtic’s ex-director, Tom Grant, who offers a fascinating insight into the running of the club in the 1980s and 1990s. 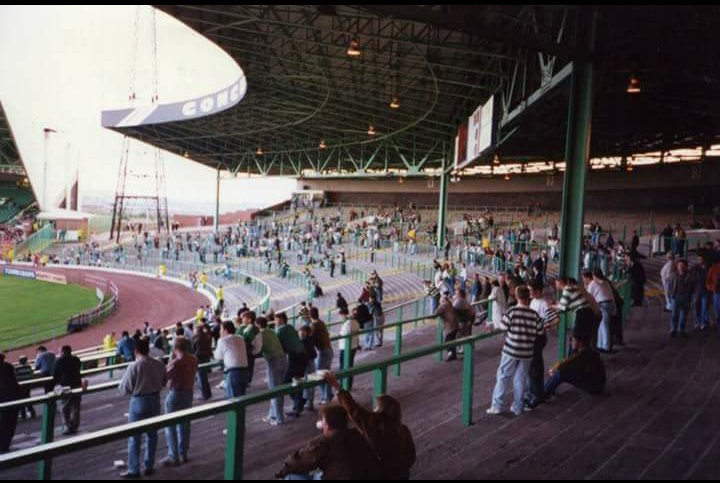 Tom Grant explains exactly why Celtic refused to complete the Mo Johnston transfer in 1989, and lifts the lid on audacious efforts by Billy McNeill to recruit Peter Beardsley and Steve Bruce.

Tom Grant also dissects his relationship with Fergus McCann, and the impact of the ‘Celts For Change’ movement in overturning the ‘family dynasty’ board in 1994. 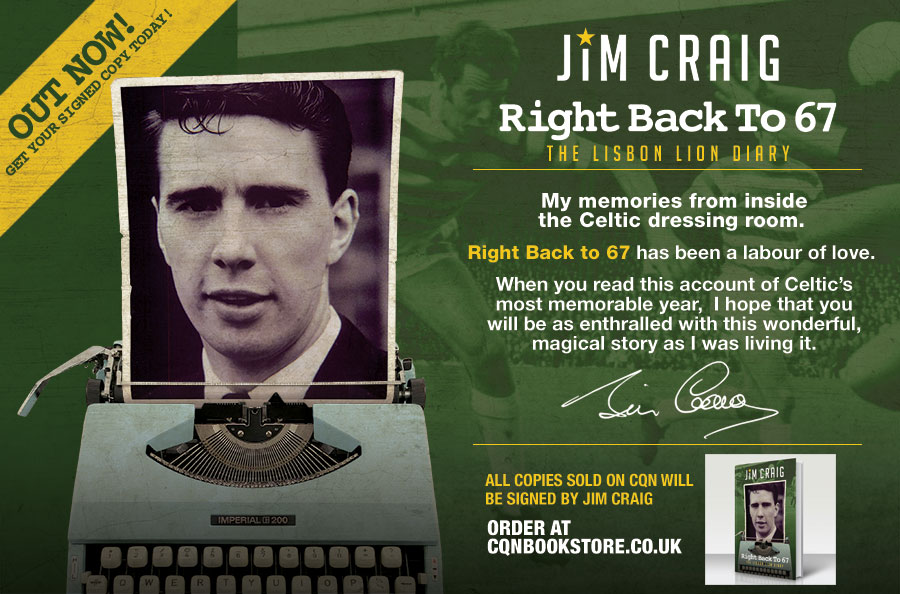 Jim Craig made two of the three goals in the 1967 European Cup Final. There’s a great wee video below for you to enjoy. Get Jim’s new Lisbon Lion Diary – Right Back to 67 from CQNBookstore.co.uk and you will receive a signed copy from the man himself plus a FREE copy of That Season in Paradise – Ten Months of Celtic Heaven signed by fellow Lisbon Lion Bertie Auld! Simply order Jim Craig – Right Back to 67 and the second book will be sent automatically.