Trending
Scottish Football news from NewsNow
You are at:Home»Latest News»‘CELTIC PLAYERS HAVE EVERY RIGHT TO FEEL PROUD,’ INSISTS RODGERS
By Editor on December 18, 2017 Latest News

BRENDAN RODGERS led his Celtic players in their post-match huddle at Tynecastle following the 4-0 loss to Hearts.

The Hoops boss wanted to remind his troops just what was achieved during their remarkable record-breaking 69-game unbeaten domestic sequence.

Rodgers said: “Firstly, congratulations to Hearts. They were the better team. We failed to cope with their style, in the first-half, in particular. We didn’t defend well enough and made too many mistakes.

“My feeling is of pride in the players. That’s the run of 69 games come to an end, but it was a real historical achievement.

“I thanked them at the end. “We made too many mistakes in the game to get anything out of it. We put a bit of risk in to the second-half when we were 2-0 down and went all out, but we lost poor goals.

“The players gave their all to the end, but the mistakes cost us.

“It’s the first domestic game where we haven’t scored, but we could have played five games and not scored.

“Defensively, we struggled. The pitch wasn’t so great so Hearts played a direct game, which is fine, but we failed to cope with Lafferty really in that first period.

“He gave our centre-halves problems. Mikael Lustig was good, but right across the back line we didn’t cope so well.

“I wanted to pull the players together and tell them, Hearts were better than us and we have to accept it.

“But what they have done is truly amazing. They need to use this feeling that we haven’t felt for 18 months as a lever moving forward.

“Let’s learn and get better for it. We have to accept we are a bigger target now because of what we’ve done, but let’s go on and win our next game.

“There is no getting away from the number of games we have played. But we want to play those games.

“Over the last 18 months we have been able to galvanise and get through the fixtures, but we weren’t able to do that on this occasion.

“We’ll be fine. We’ll recover. It was great support from the fans at the end. I think they recognise what we’ve achieved.

”When you come to places like Hearts you need to be at your physical best.

“Give them credit, they exploited our weakness and were the better team. We’ve had other games in the course of our 18-month run when we have coped with that – against Hearts we didn’t.

“We probably got what we deserved.

“It was always going to come and when it does you have to be ready for it mentally. Now we focus. We have to focus in on these last number of games now until the end of the year, they’re going to be important for us.

“Then we will recover and go again in the second part. But it’s important we finish strong and that’s what we will look to do after this defeat.”

*There’s still time to get a signed copy of Jim Craig’s new Lisbon Lion Diary, Right Back to 67, in time for Christmas. And we will also give you a free copy of That Season in Paradise, signed by fellow Lisbon Lion Willie Wallace. Just order Right Back to 67 today at www.cqnbookstore.co.uk 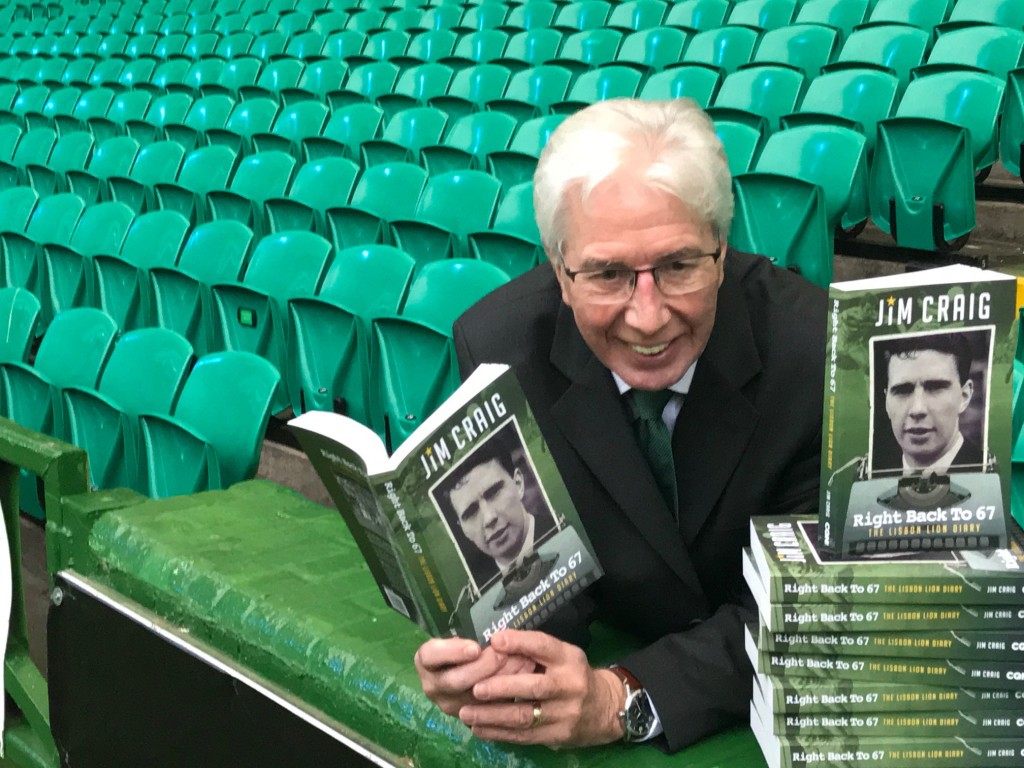 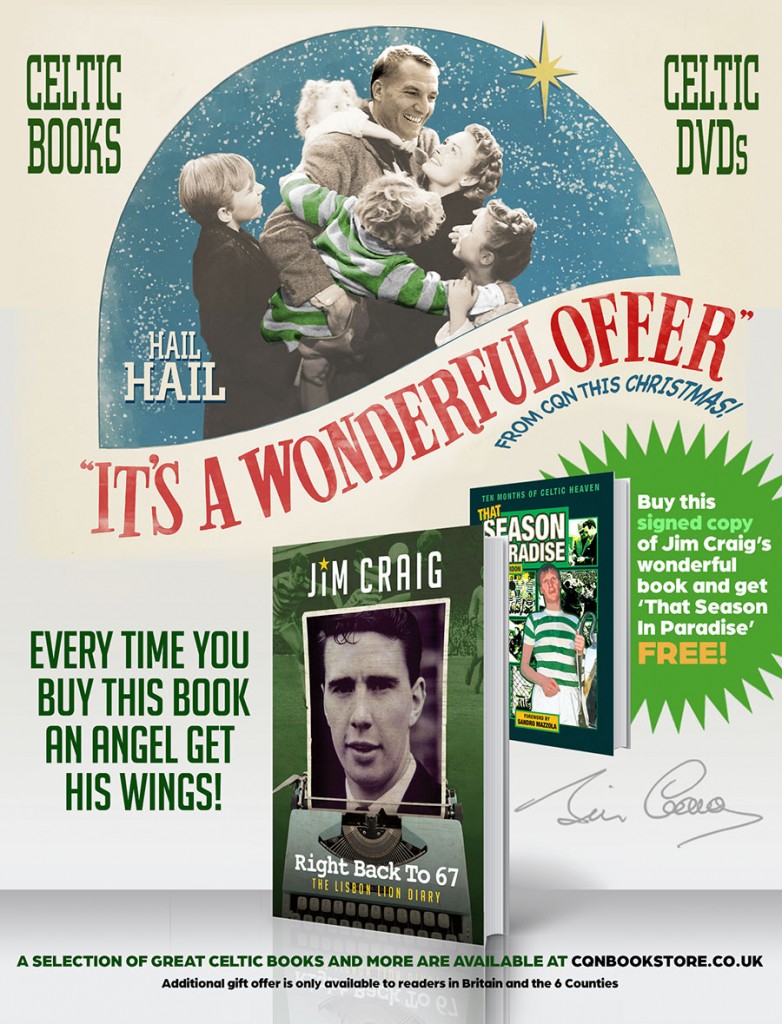