FITBA is a brand new Football magazine which will aim to cover all aspects of the game in Scotland. From the international stage to the SPL down to the SFL and Junior Football, not to mention Women’s Football, FITBA will marry them all together to produce – HOPEFULLY – a magazine that Scottish Football fans will read and enjoy over the course of the season.

Journalists, bloggers and fans together comment, write about and air their opinions on the game, along with interviews and featured articles discussing the current talking points.

So what is in Issue One?

Welcome to the launch issue of FITBA, packed full of interviews, features and opinion pieces from Scottish football fans, bloggers and journalists – not to mention those in the game. In his exclusive interview with Paul Goodwin, Donald Stewart talks to the man pseudonymous with the Stirling Albion buyout, speaking about Fan power in the Scottish game. In our Exiled Scots feature, Alan Rennie takes a look at Norwich City midfielder Robert Snodgrass.

Angela Haggerty, editor of Downfall: How Rangers FC self-destructed, discusses the disastrous handling of the Rangers saga by the SPL and the Scottish FA. While Paul Larkin in his piece Only in Scotland? states ‘Rangers fans triumphalism reminded me of O.J. Simpson’s jubilation in court. At least he actually got a ‘Not Guilty’ then’.

Forfar Farmington goalkeeping coach Kev Candy states that Glasgow City’s continued success in the Women’s game, forces other clubs to strive to improve and develop their product. Glasgow City general manager Laura Montgomery hits out at the sexist comments from Daily Record journalist Gordon Parks and asks for more coverage and improve on the less than 5% of media coverage the Women’s game currently gets. Ewan McQueen looks at Rangers journey in the lower echelons of the Scottish game. He states it has been painful at times, but on the whole it has been a joy to just watch Rangers play football. And Nathan MacKenzie calls for Scottish football to change dramatically – merging our clubs and shrink the leagues. Controversial! Meanwhile Anthony Horan takes another controversial approach and says that the governing bodies should be applauded for their work on league reconstruction.

Editor Andy Muirhead looks at the new Scotland manager Gordon Strachan and what lies ahead for the Tartan Army, and follows that up with a piece on the major issue amongst fans currently – ticket pricing. Download the digital edition of Issue One right now for just £1.00! [paiddownloads id=”14″] 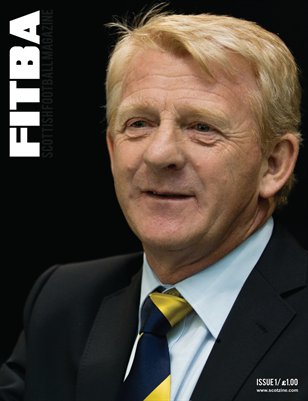 If you are interested in writing for our Scottish Football magazine then email editor@scotzine.com